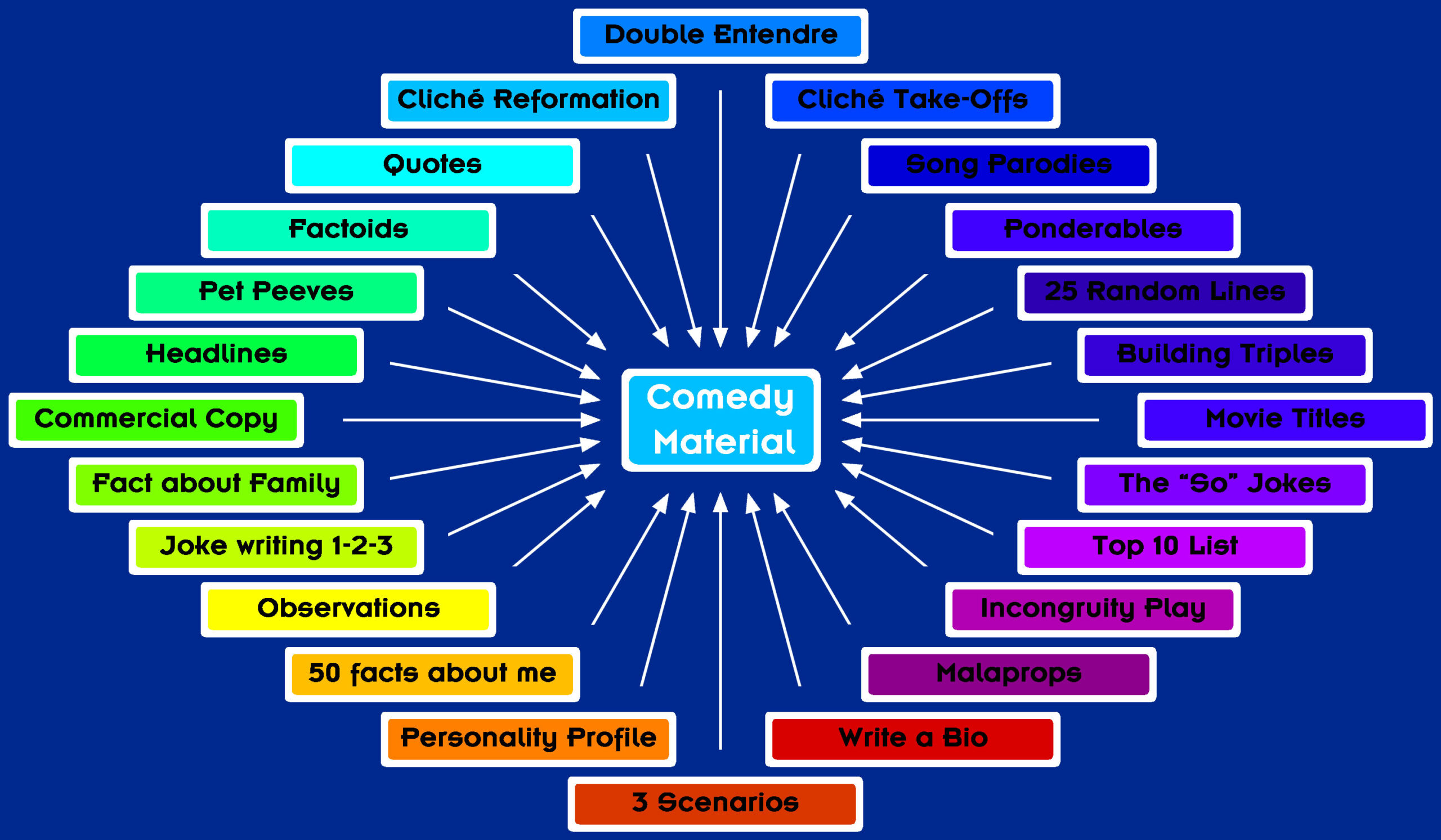 Jokes have to have a certain structure. In order to ensure laughs, the audience has to believe what you’re talking about before you introduce the laugh. That is one of the most challenging parts of comedy. You’re going to want to have honest set-ups and honest but exaggerated punchlines. You see, a joke starts out so logical, with a comedian saying something that we all know, but then can turn it into something so different that it allows for a laugh. Let me go over the five parts of a joke here and explain their integral part in the whole joke schema.

This is the beginning of the joke. This is where you gain the audience’s trust. You’ll start with something like, “I went to the pound and bought a dog…” or something similar. It’s just something that the punchline has to breathe off of. You couldn’t just walk onstage and say punchlines. The audience would think you were crazy. For some people, the least number of words you can get in your set-up, the better. If you can take your set-up and whittle it down by three words and still get the same or better response, you should do it. Sure, it means the joke will take up less time, but it will also allow for a quicker route to the punchline, which will set up a quicker response. The whole problem is that people, if the set-up is too long, may forget what you’re talking about before you get to the punchline. And that’s not good for comedy. However, the set-up is definitely relevant and it needs to be there for every joke. 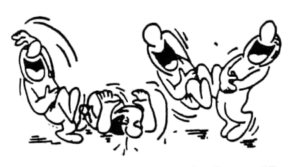 This is a very critical aspect of the joke. It’s what initially makes the audience laugh. If it wasn’t for this, there would be no comedians. There are specific proven ways to get to the punchline, and the ones I personally use go something like this: Try and put the punch-word as far to the back of your joke as possible without adding more words. I’ll give you an example from Jim Gaffigan: “Isn’t it funny that when you’re single, all you see are couples, and then when you’re part of a couple, all you see are hookers?” Notice how the last word in the joke was the punchline. Every other word in the joke is a setup for a surprise at the end. Notice how after the punchline, there were no words. There is a reason for this. If you have the audience laughing and you begin to talk again, they’ll stop laughing to hear what you have to say. It’s called stepping on your laughs. It’s something you should never do because it will condition the audience not to laugh. Sure, they may still be enjoying your show, but you really won’t be able to tell. It also leaves the surprise to the very end so that you have the audience anticipating the jokes, waiting for it, tension is building up, and the one to three words really turns it into a laughfest. And this is something that is definitely useful to know if considering stand-up comedy.

Act outs are when a comedian will say what he said, use the voice of someone he knows to act out what they said, do some physical stuff onstage, or any ohter miscellaneous actions. It’s when the comedian lets loose from the confines of the joke. It’s the more physical aspect of comedy. Hand gestures, reinactments, it’s all in this category. It takes a lot of mastery to get the act-outs perfect. But it’s your choice how you want to do them. People like Robin Williams and less notably Dane Cook are famous for their antics onstage where they jump around and do crazy stuff. That’s what an act-out is all about.

The mix is something in comedy that has to do with “what if?” Like Pablo Francisco did this whole thing about the movie theater previews guy. The guy with the raspy voice? And he was like, “Imagine this guy having sex. ‘Oh, the desire, oh yes, coming to a theatre near you.’” It’s all about putting people in different situations that wouldn’t be normal for them. And it makes it another punchline. Act-outs can be punchlines in their own respect, and a mix can not only make another one, it can have the whole audience in stitches. Just think what if? 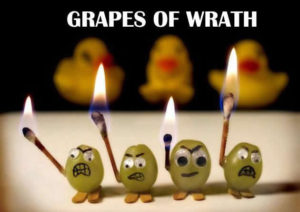 Callbacks are one of the best things to watch if you’ve ever seen them. A comedian will tell a joke with a specific punchline and then, later in the show, tell a different joke with the same punchline. This is usually a great hit. This is because it creates this intimacy with the audience that many comedians really need. The only rule of this is the first joke you tell with the punchline has to be amazing. The second joke can be of lower quality, mostly because the attention will be drawn to the punchline again. I really don’t have any jokes off the top of my head for this as an example, but if you understand what I’m talking about, you’ve probably seen it before. I’ve never done it personally, but believe me, I’ve tried to. It just isn’t as easy as it looks. But it’s definitely possible. So don’t let it get away from you.

Storytelling can work only if it is done in the following fashion. The story has to have jokes in it. I know many of you Blue Collar Comedy fans have seen Ron White’s Tater Salad story that won the hearts of many. But it wasn’t just a story, it had setup-punch, setup-punch, setup-punch. It wasn’t just a story, it was a barrage of jokes put into a story. Many people don’t realize that when they see the comedian perform, but it’s so well-disguised.

I love to analyze comedians. It’s one of the most rewarding things to do. Just to see how they word their jokes in accordance with other comedians really lets me into their minds and allows me to figure out how to make audiences laugh. There are some political comedians, like Lewis Black, who once went on the Conan O’Brien show after the Dick Cheney shooting incident and opened with two words, “Dick Cheney. That’s all I have to say. Everyone gets the joke. I don’t have to say, ‘Dick Cheney, the vice president who shot his best friend while going quail hunting.’” So there are other ways to go about writing jokes. For beginners, however, I recommend you start by doing it the way I suggested. Just make sure the joke also has attitude. Attitude is also key. Put some emotion into your jokes. Visualize what you’re talking about. Okay, well, I’ve got some jokes to write, later.